Perhaps we may not have chosen the best quarter to initiate our Healthcare Quarterly Review.  The Nasdaq Biotechnology Index sits 25% below last year’s highs and down 12% YTD/QTD.  Issuers, for the most part, were willing to sit this quarter out.  To some extent, I do not blame them.  ~80% of biotech companies are down at least 40% from their highs.  Roughly 40% have 50% of their market cap in cash.  Many are trading below cash.

This quarter saw several negative dislocations – leading to some caution as we approach Q2.  Amylx Pharma (AMLX), one of the few IPOS of 2022, is now down 30% from its debut price after the FDA panel voted against their ALS drug.  Kodiak Sciences (KOD) sold off 85% after failing to show non-inferiority to Eylea in wet AMD.  Roche announced that the SKYSCRAPER-02 study of tiragolumab (anti-TIGIT mAb) combination in extensive stage small-cell lung cancer (ES-SCLC) did not meet the PFS co-primary endpoint. This news cast a shadow over several names within the cell therapy space.  Still, if things remain as they are, we may see issuers forced to take the bitter pill (clever biotech reference) of issuance at less than appealing valuations.

The few IPOs that were executed relied heavily upon existing VC investors:

Amylyx Pharmaceuticals, CinCor Pharma, and Vigil Neuroscience were the first horses out of the gate in Q1 and all closed at or below their IPO price on debut.  Performance has been anemic.  Cincor (Cardiovascular) has recovered and is now up 10%, but sadly, Vigil (Neurology) is down 50% while Amylyx (CNS) dropped significantly at the end of this quarter and is now down 32%.  New Enterprise Associates-backed cancer drug developer Arcellx joined the above trio to fund a Phase I drug trial (CAR-T cell therapy – oncology).  Arcellx is down 7% post IPO.  AN2 Therapeutics (NTM lung / infectious disease) priced its IPO at $15 after marketing 4m shares at $14–$16, valuing the company at about $300m.  The lung disease specialist’s offering was the first US IPO raising more than $50m since February 2nd.  The offering was launched as covered in demand by mainly existing investors and a few new players.  The midpoint of the marketing range is the same price AN2 fetched on its $80m Series B round in March last year.  This last issuance did kick off a Twitter spat between Adam Feurstein (biotech blogger) and Peter Kolchinsky (RA Capital and AN2 supporter).  Adam questioned why AN2 needed to be public while Kolchinsky responded by saying the fact AN2 was public was just an “arbitrary distinction."

Evidence for the aforementioned themes can be found in an examination of some of the recent follow-on activity that we have seen.  Cancer-focused Epizyme raised $85m from a follow-on stock sale, solving for an immediate need for cash but triggering a free-fall in the stock. The company placed 56.7m shares at $1.50 - a 21% discount to the previous close. The stock went on to drop an additional 44% to $1.06 post the pricing.

Cancer drug developer Zymeworks also paid a big price by raising equity in a difficult biotech tape, taking a steep discount to raise $100m from an overnight follow-on stock sale. They placed 12.5m shares at $8.00, a beefy 14% discount to their previous close.  The offering was oversubscribed at launch after the banks confidentially marketed the deal earlier in the day. The shares did close at $8.30 – but they have been cut in half this year (which is still young)!

Conversely, later stage issuers (think Phase III or approval) have done better as investors prefer de-risked assets.  Sierra Oncology raised an upsized $135m sum from its follow-on stock sale. The late-stage cancer drug developer was able to price their issuance at $27.00, a 5.7% discount to last trade, after marketing the offering for one day with a fixed $100m target.  It is widely believed that current holders supported the raise given the use of pre-funded warrants.

Argenx, having gained regulatory approval for its first commercial drug late last year, is topping up funding with about a $700m equity raise. The offering is a mix of ADS and ords. ARGX is a Dutch company with a portion of the offering going to Ballie Gifford. In December, Argenx gained US regulatory approval for a neuromuscular drug, Vyvgart.  It is finalizing a Phase III trial on a subcutaneous formulation of the drug that would allow patients to administer it at home, leading to broader acceptance.  This will leave Argenx with a sizable cash position and, given its regulatory progress – may be the last time ECM is necessary for them.

Apellis Pharmaceuticals (autoimmune/inflammatory) also chose to raise capital ($350m) after posting impressive Phase III trial results.  The offering was marketed in a range from $47.00–$49.00 and priced at the low end – an 11.1% discount to the closing price of $52.85.  In fairness, the stock had rallied 32% after releasing their data on geographic atrophy (age-related macular degeneration).

Geron, a late-stage developer of cancer drugs, executed a follow-on that is more in keeping with what I have been expecting, given this environment.  They were able to raise $75m but the deal required discount and structure.  After conducting a wall cross, Geron went out with a fixed-size offering in a range of $1.05–$1.10.  They ultimately priced at the low end – an 18% discount to the $1.28 closing price. In order to accommodate existing holders with chunky positions, pre-funded warrants were offered along with common.  Extra incentive was offered to buyers in the form of half a “purchase warrant” for another whole share.  The warrants came with a $1.45 strike and have a five-year life.  Geron expects to report top-line results from a Phase III trial of the bone marrow cancer drug in January 2023 and submit the application in H1 next year.

Despite the recent backup in yields, the convertible market continues to be a great product for issuers to consider – subject to stock borrow availability (Convertible Arbitrage Hedge Funds will purchase converts and short stock.  This, versus outright investors who will consider the investment opportunity solely on its fundamentals.)

Innoviva, a drug royalty company, issued $225m convert at a coupon of 2.125%.  By buying a call spread with some of the proceeds, they were able to secure an effective premium of 75% to the reference price and above the $26.22 (35% premium) investors are eligible to convert into the underlying.

Travere (rare disease) priced $275m in converts with a 2.25% coupon and a 35% premium.  They are using some of the proceeds to repurchase out of the money converts due in 2025.  The pricing was at the wides – which is somewhat understandable given the market backdrop.  The stock slid about 12% during marketing.  It seems that they felt dilution was worth it to limit refinancing risks in 2025.

Ascendis Pharma (endocrinology / rare disease), another European biotech, also chose to raise on the back of positive Phase III data. Their hypoparathyroidism drug, Transcon hGH, for the treatment of calcium deficiency, achieved 95% efficacy and allowed patients tested to discontinue use of vitamin D and calcium supplements.  They raised $500m from the sale of a convertible bond. The marketing range for the six-year CB was 2%–2.5% coupon and 37.5%–42.5% conversion premium.  They ultimately priced the coupon at the midpoint and the premium at the high.

In summary, no one knows when this storm will pass.  We continue to advise issuers to stay close to their core supporters. We expect that it will take time for new investors to take on more risk.  Effort should be made to ensure that existing investors are keenly up to speed on all upcoming catalysts.  In early dose escalation studies, issuers should manage expectations on efficacy and instead, focus on safety expectations.  Issuers should also dampen their own hopes for quantum leaps in their valuation post data releases.  Investors are expecting issuance on the back of catalysts and they are likely to wait for a liquidity event versus buying in the open market.  Finally, issuers should carefully consider their capital needs.  No one should venture into a transaction with the goal to extend runway for a few quarters/a year.  Capital raises must be a bridge to a destination…to the other side of a trial…to approval…to commercialization.  Capital raises should clearly solve a problem.  Investors are willing to support solutions.

I apologize if this message is less than palatable, but I do believe there is a path forward…and it lies in living to fight another day. 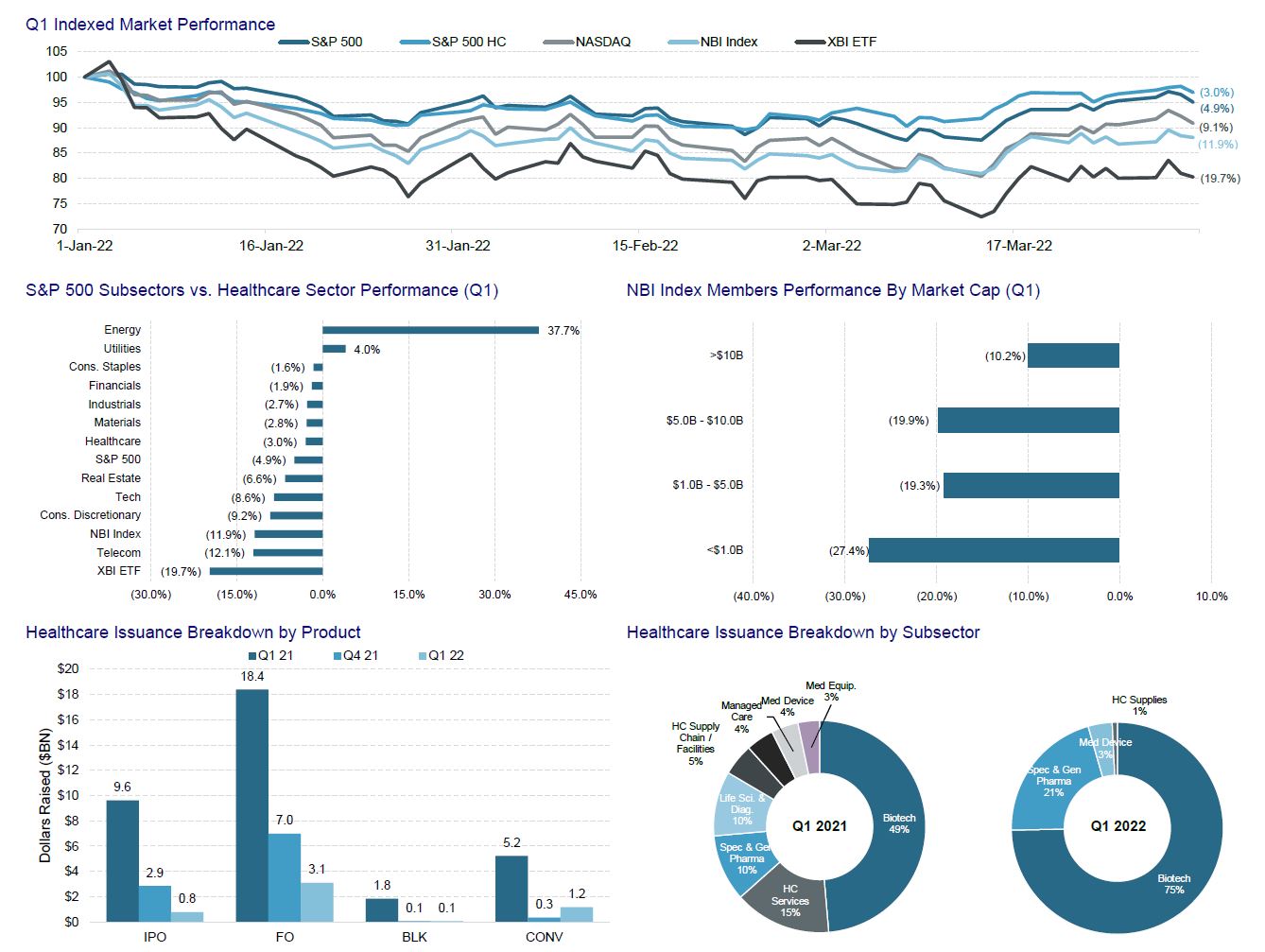 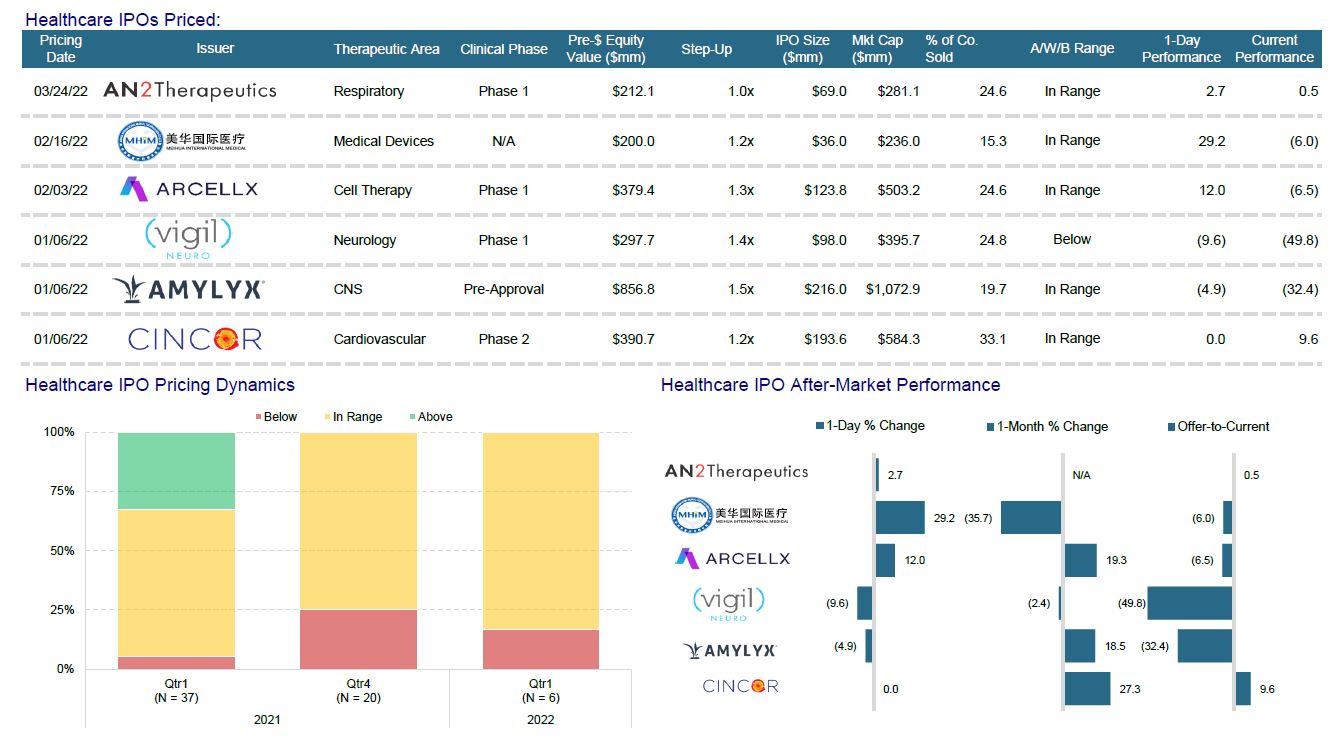