Mizuho Bank’s Head of Economics & Strategy, Asia and Oceania Treasury Department, Vishnu Varathan, recently visited Europe to meet with clients, many with Asian operations, and provided them with his views on Asian markets.

With trade tensions between the US and China continuing to dominate the news, Varathan’s message focused on how tentative any green shoots emerging in Asian economies currently are: “Heightened uncertainty around recovery dynamics and dampened positive spillover means that any ‘green shoots’ suffer from ‘shallow roots’.” His suggestion is an attitude of ‘Hoping but bracing’.

Amongst other issues, Varathan highlighted that while growth may be picking up in local markets, tensions with the US could spread further than just China – both due to deep supply-chain linkages as well as wider US trade actions in the region. The impact from complex supply chain linkages could also be amplified by affecting capital expenditures and investment decisions. In addition, there is heightened uncertainty following multiple elections across the region, with the ability of governments to effectively address issues impacted in the short term.

On US-China trade relations, the topics are varied: from trade imbalances and tariff arrangements to IP rights, market access and the role of SOEs, and now a technology dominance dimension adds to the complexity. Varathan points out that the details and complexities of a deal remain highly uncertain and that the wider rendition of ‘America first’ for Asia has not necessarily been fully priced in and will arguably evolve over time.

Varathan also points to FX markets, suggesting that inherent volatility is understated as a result of interim stability. However his view is that it is unlikely that China would respond to a trade war with the US via a currency war as this would be counterproductive and exacerbate economic issues rather than alleviate them. 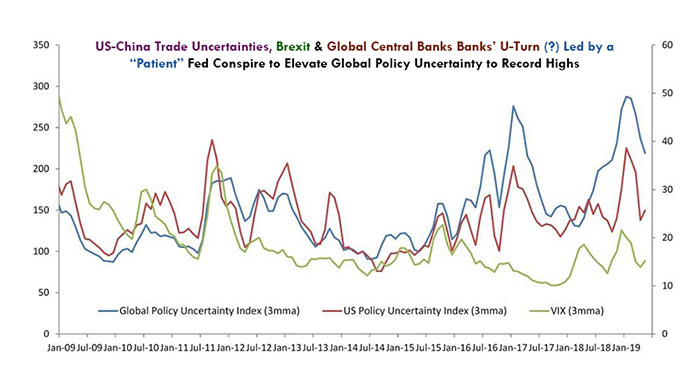 European clients attending have responded well, with real interest in the deepening US-China conflict and the way this impacts other Asian economics. However, overall the view remains that while there is some uncertainty, opportunities in Asia remain sufficiently interesting for clients to continue these or consider new ones.

See more insights from Mizuho EMEA
Back to top