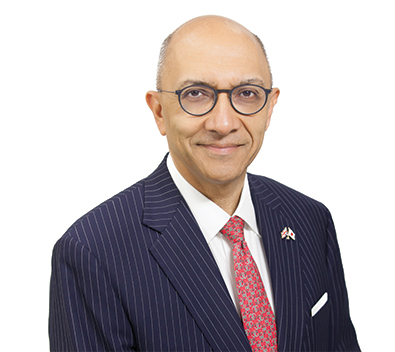 Board of Directors for Mizuho International plc

He joined from London Stock Exchange Group (LSEG), where he served as CEO of LCH Group, the global clearing house majority owned by LSEG, for four years until October 2017. He retains strong links with LSEG where he continues to serve as honorary Chairman of LSEG’s International Advisory Groups. Prior to the position at LCH, he was President & CEO, Citigroup Global Markets, Japan. Mr Bakhshi spent more than 30 years at Citigroup, working in multiple asset classes across Trading, Banking and Risk Management and was a member of Citi's Management Committee. During his career he has lived and worked in Europe, North America, Asia and Middle East. Mr Bakhshi has been a Governor of the Royal Ballet School in London from 2014 until 2019, and earlier, from 2011 until 2012. He is a keen student of Indian philosophy.

Mr Bakhshi holds an MBA in Finance from Queens University in Canada, and a Bachelor of Commerce (Honours) degree from the University of Delhi, India.

See their profiles
Back to top