Back to Example Studies

Effect of Thinning on Carbon Corrosion

To enhance the durability of polymer electrolyte fuel cells, it is crucial to prevent carbon corrosion during activation. In this example, we analyze the effect of channel thickness on carbon corrosion in a cathode catalyst layer. The right figures compare changes of hydrogen partial pressure distribution for (a) the base cell and (b) the thinner cell whose channels are downsized by 20%. Hydrogen exchange in alnCenter channels occurs slowly because of channel thinning. Consequently, the amount of carbon corrosion in a cathode catalyst layer increases by 10%. This indicates that an even flow distribution is also important in terms of durability. 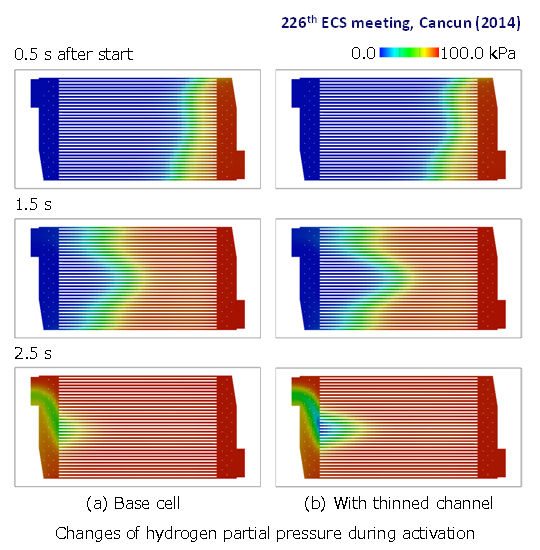