How Does Distributed Ledger Technology Work? A Simple Guide

Distributed ledger technology (DLT) has the potential to change the global payments infrastructure. Eddie Butterman, Vice President in Global Transaction Banking Americas, reviews the concepts embedded in DLT and examines a real-life scenario in Japan, where it's already being used for certain types of payments.

What is DLT? A simple guide

Distributed Ledger Technology (DLT) is a record-keeping system – or database – of shared, replicated, and synchronized information. It is decentralized and distributed across a network, generally using multiple sites (or nodes), institutions, and sometimes, geographies.

The advantages of DLT are its ‘shared consensus’ feature and its decentralized structure that eliminates the need for a central point of authority over the system.

Due to this, anyone attempting to manipulate the system to create a fraudulent record must infiltrate multiple points of entry – at least 51% of the network – to break the data consensus. 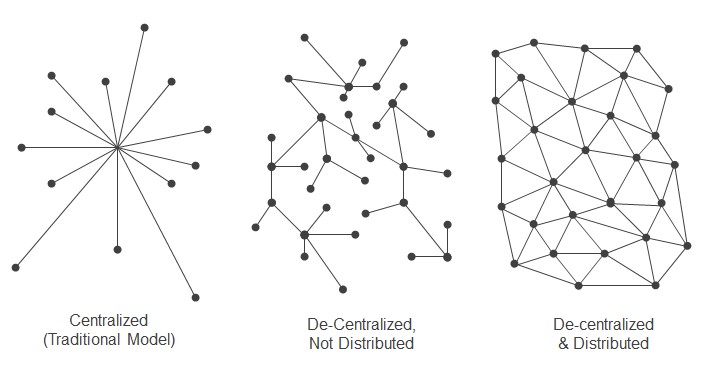 The idea of distributed ledgers has been around for some time.

Recently though, development of these ledgers has grown so rapidly that DLT’s ability to bring services to users in real time, no matter their location, has many expecting it to become the transaction-recording technology standard of the future.

Where will we see a significant impact?

In the long run, payments will benefit greatly. This is because DLT:

Once a record has been entered, it cannot be altered without upsetting the balance of the remaining transaction records in the ledger. This is a departure from today’s financial system, which relies almost entirely on a network of clearing houses that confirm and record transactions around the world.

DLT could eliminate this process by allowing every bank within the network its own copy of the ledger – a way to communicate directly – and the potential to approve transactions in real time.

DLT’s most relevant use is for recording transactions involving multiple parties, particularly when the parties are unfamiliar with each other and require heightened transparency. Applying DLT to payments removes many unknown elements currently inherent in the payment process.

The big question is, can the widely-accepted networks of today be replaced by new technology based on a decentralized solution?

Before fully diving into the potential uses of DLT for payments, the financial services industry and its regulators must first decide whether to implement a central bank sponsored ledger or a private replacement.

The Japanese initiative to promote a cashless society

Let’s review an actual scenario where DLT has been implemented for payments.

In March 2019 a new digital currency, J-Coin, was launched in Japan as part of a government initiative to promote new ‘cashless’ payment options. A consortium of banks created J-Coin – and the J-Coin Pay mobile app – in advance of the 2020 Tokyo Olympic Games.

Using J-Coin Pay, individuals can make purchases from both brick-and-mortar and e-commerce stores, as well as transfer money peer-to-peer (P2P). Useful applications include:

Also, costs for merchants should decrease as well due to transaction efficiencies that DLT offers.

Unlike previously established cryptocurrencies, such as Bitcoin, J-Coin is a pegged cryptocurrency – always maintaining a value of one coin for every ¥1 Japanese Yen (approximately one cent USD).

This stability should make J-Coin a more viable option as a payment method with a broad user base.

In conclusion, the long-touted potential for DLT to deliver enhanced efficiency, accuracy, and security to recording fund transfers is quickly becoming reality. Its adoption is gaining rapid momentum and financial services firms will have to keep pace as competition to implement and apply the technology will help usher in the next generation of financial services.