The Return of SPAC

The status and role of Special Purpose Acquisition Companies (SPACs) in the capital markets has long been debated. Fifteen years ago, when SPACs made their first meaningful splash in the capital markets, the product was looked down upon as a back-door way for lower quality companies to go public - almost inevitably a process of “adverse selection.” The 2008 financial crisis exposed some serious flaws in the product resulting in a two-year hiatus. However, in 2010, the product re-emerged with “version 2.0” which corrected the major structural issues that had handicapped the 2005-2008 structure. Over the last ten years SPACs have not only main-streamed, but they are now a major factor in the equity capital markets (239 SPACs having raised over $50 billion).

COVID-19 has wreaked havoc on the equity new-issue market for the past two months. The IPO market has been the hardest hit with just three traditional IPOs since March 16th. All three of these IPOs were in the biotech/healthcare/pharma space. Follow-on offerings have been muted but are recently gaining momentum as stressed companies like United Airlines ($1bil follow-on priced 4/21/20) seek to shore up their balance sheets. Convertible issuance, on the other hand, has been on fire as companies capitalize on elevated levels of volatility, low interest rates and stabilizing credit spreads. Convertibles remains an extremely attractive, low-cost hybrid-debt financing instrument. But, the star of the moment is clearly SPACs. 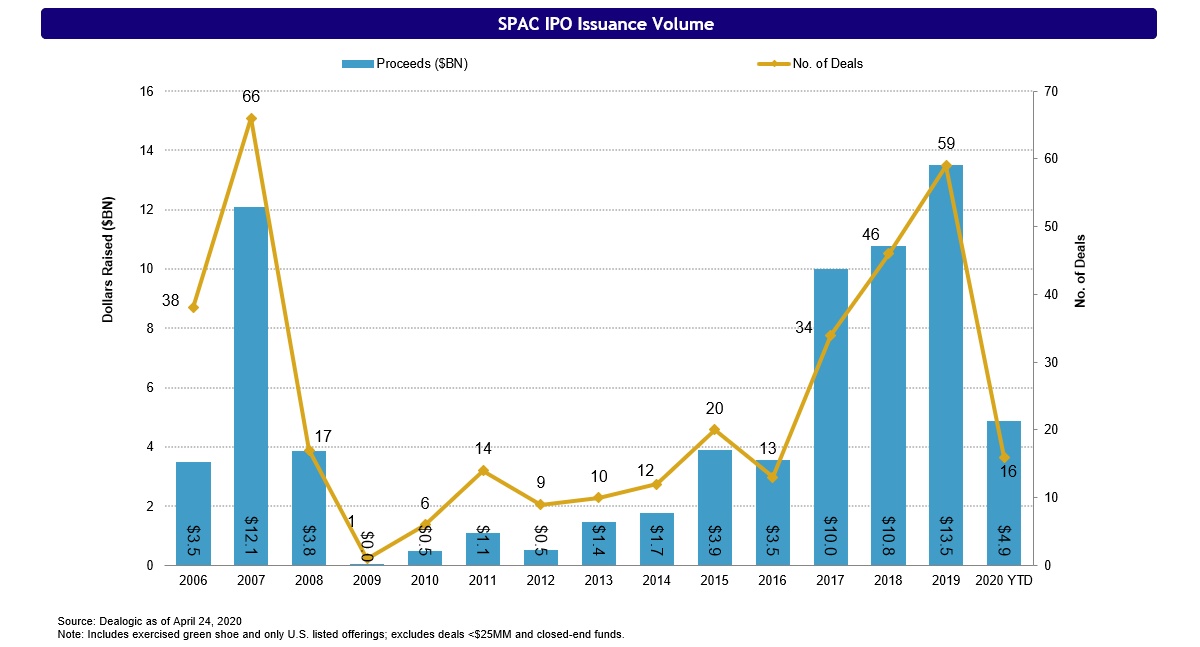 Last week saw three SPAC IPOs price to raise ~$1.2 billion. Social Capital III, led by Facebook founder Chamath Palihapitiya, launched a $600 million deal which grew to $720 million at the time of pricing. CC Neuberger, a collaboration between former Blackstone partner and SPAC veteran Chinh Chu (He also led CF Corp and Collier Creek) and money manager Neuberger Bergman, priced an upsized $360 million SPAC. Finally, Chardan Healthcare II priced an $85 million deal. Both Social Capital III and CC Neuberger offered 1/3 warrants as part of the unit structure which are at the aggressive end of the spectrum in terms of SPAC “pricing” metrics (Chardan Healthcare II offered 1/2 warrants). There have now been 16 SPACs priced in 2020YTD that have raised a total of $4.9 billion. As a percentage of the IPO market SPACs now represent 39% by dollars raised and 41% by number of deals in 2020. And, the pipeline is full and growing. Just this morning we saw the launch of Palihapitiya’s Social Capital II expected to raise $300+ million. There was also a major business combination last week as Diamond Eagle Acquisition ($350 million SPAC) completed its acquisition of Draft Kings for a total value of $2.7 billion.

Given current market dynamics and the prolific nature of SPACs, the product cannot be ignored. How many companies are out there that had pinned their financial future on going public in 2020? How many private equity firms contemplated exiting an investment via an IPO? How much longer is the traditional IPO market going to remain shuttered....for another month, three months...six months (heaven forbid!)? There are 83 SPACs representing over $20 billion currently searching for an acquisition. SPACs are a truly viable alternative for all of the private companies that now find themselves handicapped by the current state of the capital markets. And, let’s be candid, given the equity market’s pullback, valuations for private companies have also meaningfully fallen. Does this not create a perfect environment for SPACs to be successful? The simple and obvious answer is a resounding “YES!”

At the end of the day, as an equity capital markets banker, the goal is to raise equity capital for companies to grow and prosper and to deliver viable exit opportunities for investors. Private companies have long had the options of the IPO, private equity sale or strategic sale. Today, you would be remiss to not include the SPAC product as an option. It offers similar attributes and outcomes while adding numerous benefits, layers of creativity and the certainty of a public listing. And, if you are a potential SPAC management team it would seem there is no better time to be shopping. 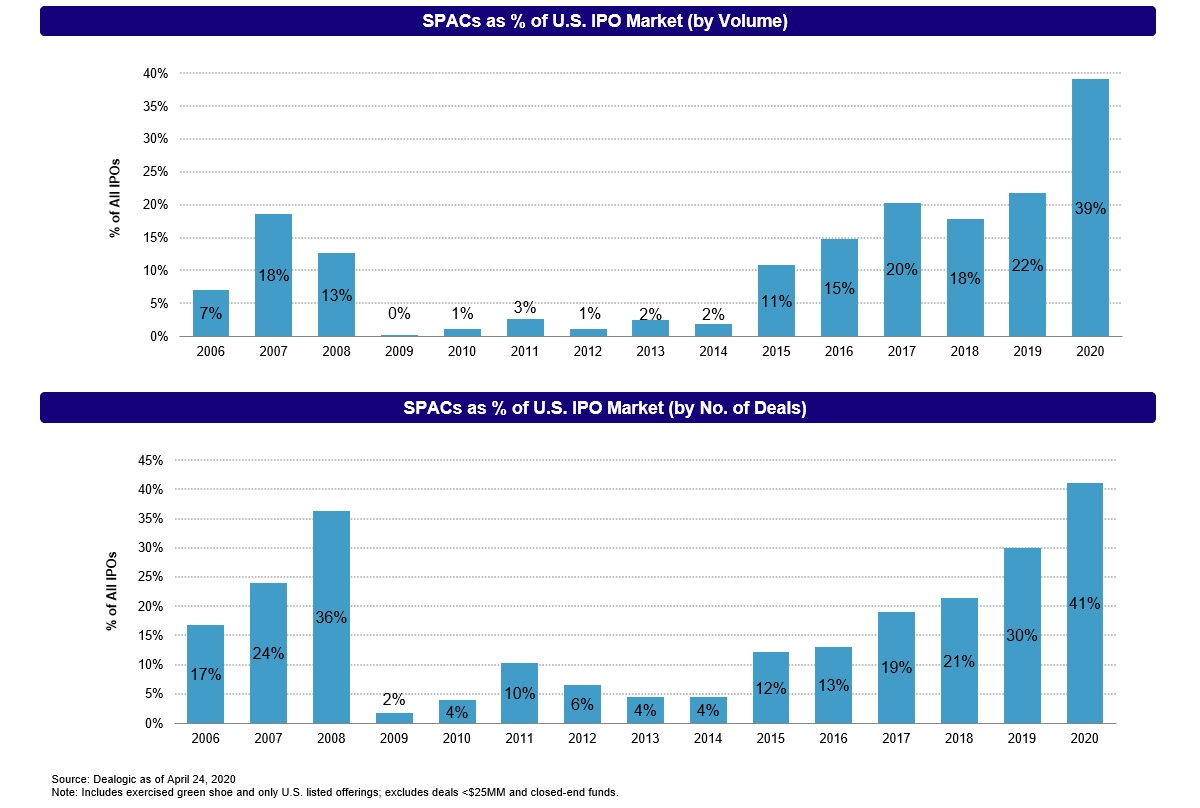