While Q2 was dominated by follow-on offerings and convertible issuance, IPOs were the highlight of Q3: 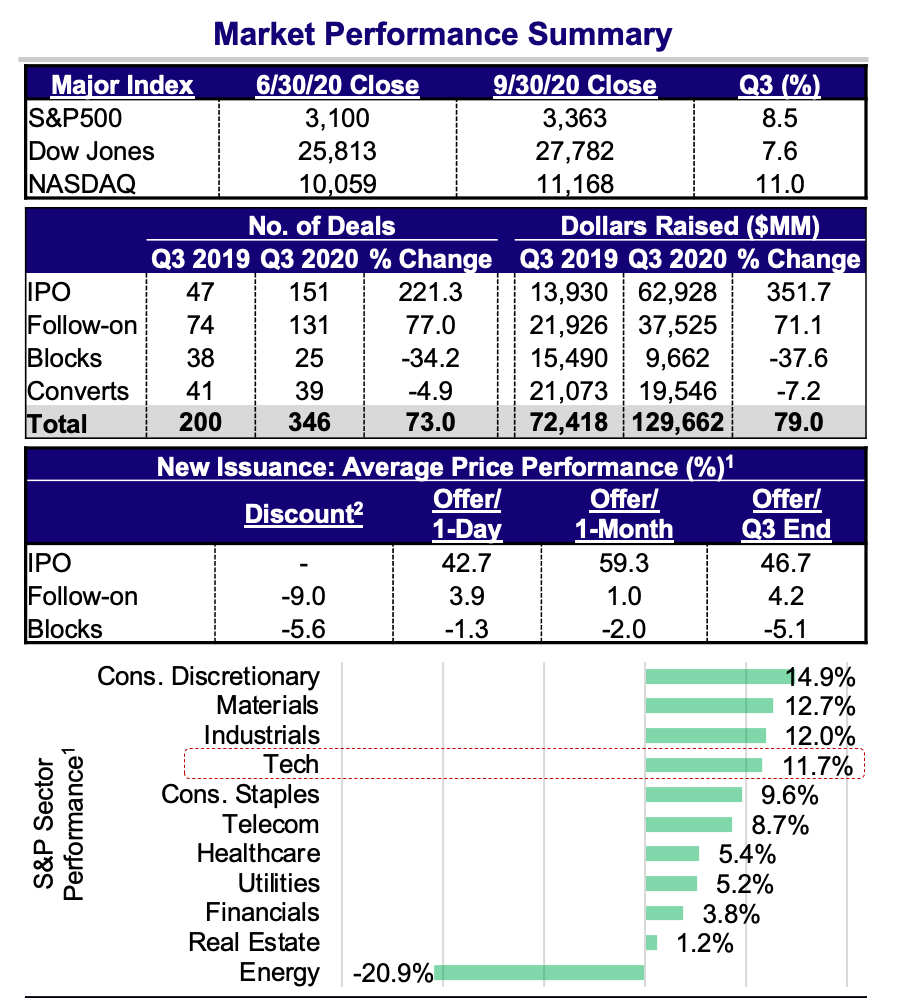 Mizuho served as a Bookrunner or Co-Manager on 23 equity and equity-linked offerings in Q3 which raised $15.3 billion. 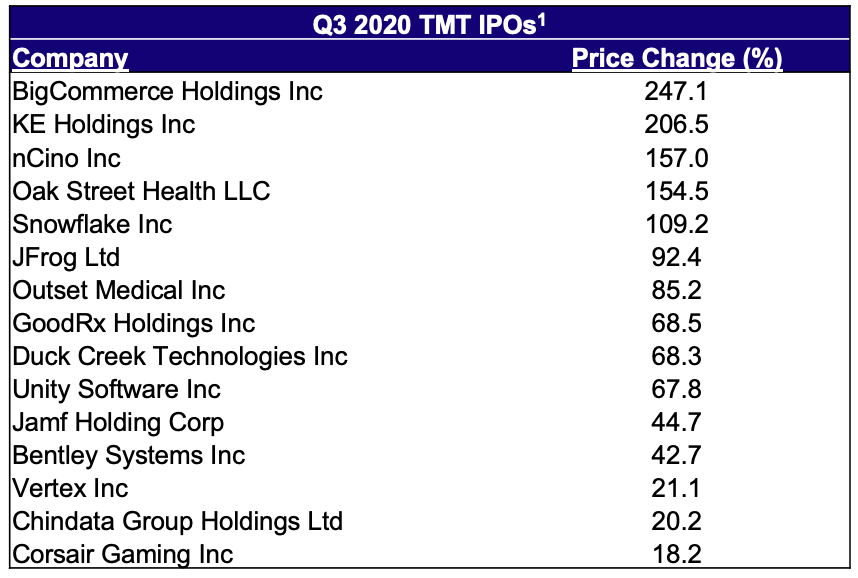 In Q3 TMT issuers raised a robust $42 billion, down from $60 billion in Q2 but still better than a 5x increase over Q1’s $8 billion.  TMT issuance accounted for 32% of total issuance across all sectors (TMT was also 32% in Q2).

Software represented 65% of TMT issuance in Q3 with $22.2 billion raised.

As of the end of Q3, 156 convertibles had priced to raise just over $91 billion. This is a record for issuance over nine months and only $7 billion shy of 2007’s annual record of $98.2 billion –  which should be exceeded in short order.

Terms remained extremely attractive: There were 39 convertibles issued in Q3 of which 20 were broadly TMT. Median terms were 1.25% coupon, up 32.5% on a 5-year note.

Four issuers raised over $1 billion. Three of the seven largest convertibles in Q3 were mandatories.

The use of derivative structures to increase the conversion premium to either 75% or 100% remained popular as over ~50% of issuers utilized such a structure. 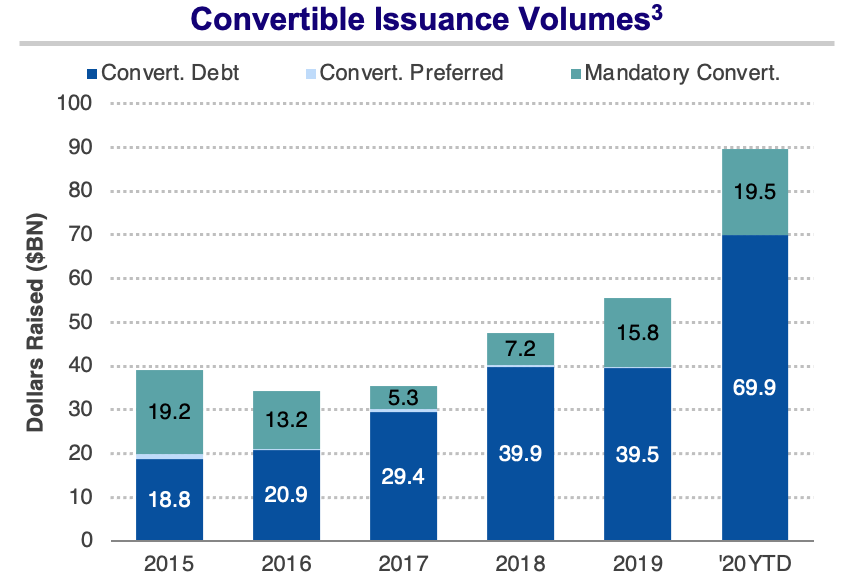 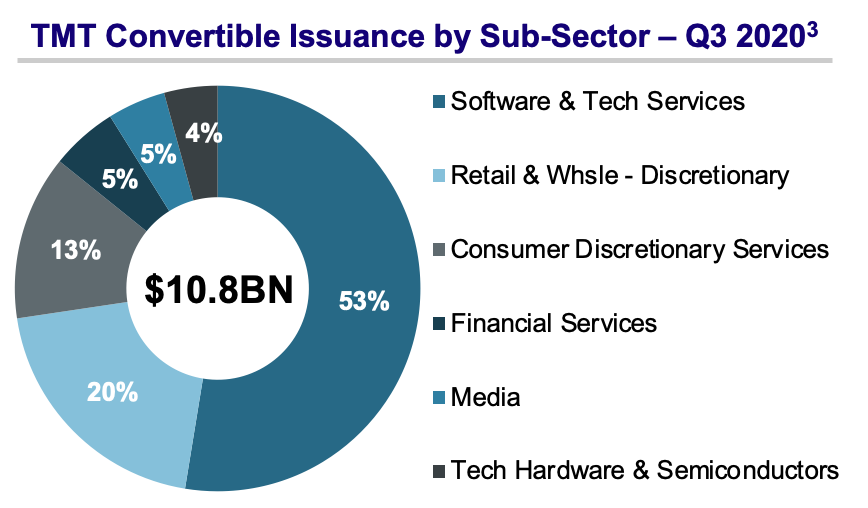 Themes and Thoughts – More of the Same!

COVID-19: WFH continues to be extremely effective for most professional services. Unfortunately, many in the retail industry continue to face restrictions that have materially hurt their businesses. Hot spots continue to flare up in different parts of the country, including in the White House. However, multiple vaccines and treatments are underway which, if proven effective, will undoubtedly fuel further advancements in the markets.

The Election: “It’s the economy stupid.” With unemployment still running relatively high and discussions of a “K” recovery, polls appear to show Biden widening his lead in both the popular vote and in swing states. As we know, the polls got it wrong in 2016 but with less than four weeks until the election the markets seem to be more comfortable with a potential Biden victory.

The “Alt” IPO: The impact of SPACs cannot be understated.  With 130 SPACs raising over $50 billion in 2020 YTD they have become a clear alternative for companies considering an IPO.  The Direct Listing has also returned as both Palantir and Asana completed DLs on September 29. Slack (2019) and Spotify (2018) are the only other two companies to recently complete DLs.